The target of this article is to show the economic aspect of the tobacco business in the UK in particular and in the World in general. As we know most of the biggest tobacco companies are state-owned as the sales profit and taxes are related. 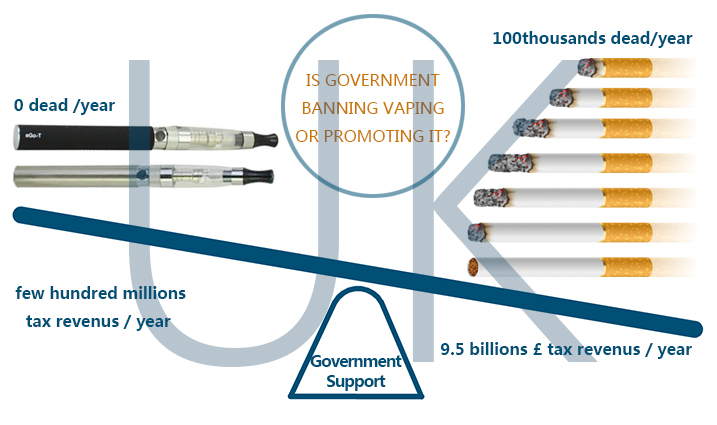 For now, we are going to focus on UK market in this article to give you a prime view of the challenges that is waiting for the Vaping industry. We have seen many studies with conflicting write-ups about the advantages and disadvantages of Vaping. Even though we all agree that the E-Cigarette is safer than the conventional cigarette at some point but many think that it is too early to say if the E-Cigarette is harmless for our Health. The truth is there’s no guaranteed safe for anything as long as we over use it. Even water can kill. However, what we already know is that, at least Vaping in so many ways, is a cleaner, healthier and better option compared with the traditional smokes. Now, it is not anymore the issue of being safe or not but actually how it is relevant with the nation’s economy and how it can serve our politicians’ pathway.

We can see valid figures and how it is purely economic as I try to demonstrate with the report below:

TAX REVENUE FROM TOBACCO IN THE UK 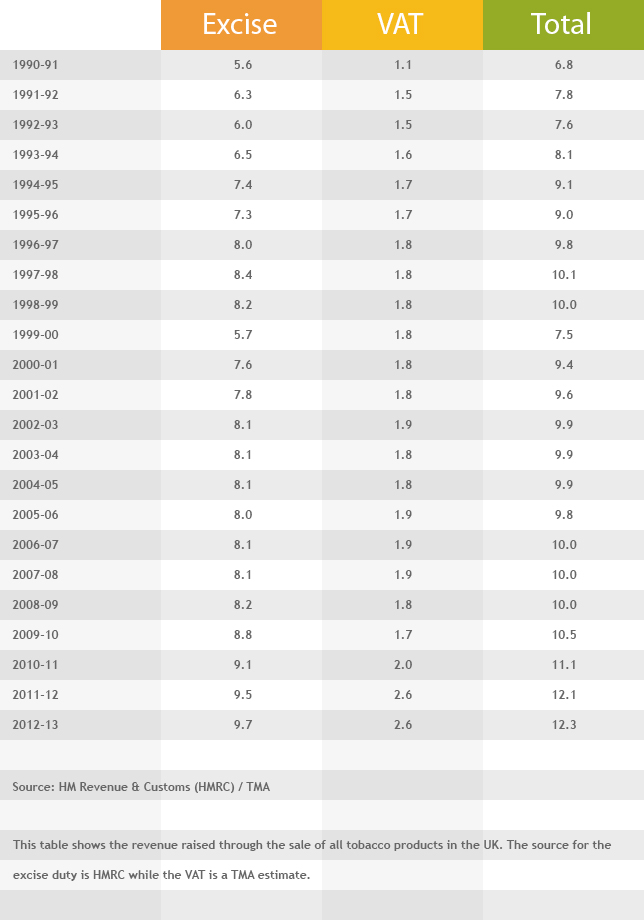 Only for the year 2011, the tobacco tax revenue reached 9.5Billion£ as shown in this WHO (World Health Organization) report

It is good to note as well the significant movement per year of the Electronic Cigarette industry and the general move upwards indicating a growing and fighting market amidst continuous debates and scrutiny. The e-cigarette sales are predicted to pass traditional cigarette sales by 2047, report says.

It has never been about health but always about Economy. We should expect more taxes and regulations in the coming years — These regulations all begun with the first step of categorizing E-cigarette as tobacco product in many countries. This means to keep the E-Cigarette with the same state as the regular smokes.
And yes, we don’t expect them to entirely ban E-cigarette as it is too lucrative business. In fact, it seems like the government are helping promoting it through those measures taken or willing to take. It’s all part of the process in building a brand. color table They want the topic to be discussed everywhere and the more people knows about it, the more it can generate sales profit and tax income for them to benefit from.

It is a fact that Tobacco is harmful but still the exposure and sale around the globe is made possible by them. Moral of the story is for people like you and me while the profit from all these goes to the states and state-men.

You may wonder why? It’s that simple, just because the E-cigarette is not as popular as Tobacco the same aspect that goes to its advantages toward revenues. So until such time that the Vaping industry can earn as big as the Tobacco industry, we can see a stable and fair treatment to both. Moreso, until people are more than welcome to die and scared Vapers can still worry about stylish and socially fashionable electronic cigarette tools and gadgets while the tobacco companies keep their investment on promoting discretely the tobacco and usage of natural pure nicotine on E-liquid obtained from tobacco plant itself — we can see both sellers on electronic cigarettes and conventional cigarettes can keep the individual business growth and benefit from it.

Whichever the way towards the line, We at HiLIQ continue to stand with the Vapers in the brigade for a better smoking lifestyle.

Share your pulse and your current stand on this subject. Contribute your opinion and let’s make a discussing  (while vaping) community.