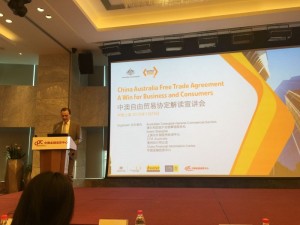 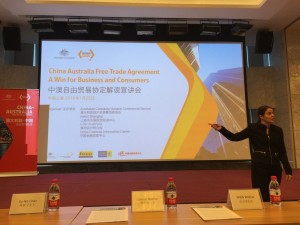 A follow up symposium was held in Economic Centre of China, Shanghai just recently, January 25, 2016 to gather Chinese and Australian businessmen to strengthen its partnership in commercial trading and exportation.

Last June of 2015, the ChAFTA (China-Australia Free Trade Agreement) was officially signed in Australia’s Capital, Canberra by Australia’s Minister for Trade and Investment, Andrew Robb and Chinese Commerce Minister, Mr. Gao Hucheng. It was then entered into force last December 20, 2015.

HiLIQ as a company dealing day-to-day business in Australia was invited in the Symposium. Our Top Management attended the event to participate in the discussion of current market conditions, opportunity exchanges and even cultural and political consideration. 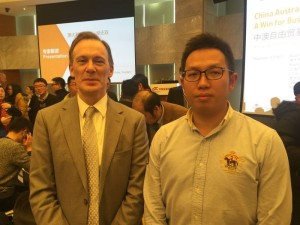 It was a day fulfilled with good news, in general, for both countries as there will be no tax imposed to major products coming from the two borders. What’s even more positive is that the possibility of lowering down shipment fees from China to Australia has been introduced and HiLIQ will be the very first one to implement and pursue this once it materializes. HiLIQ will work hard to make this happen together with its international logistic partners in order to benefit our Australian consumers.

The symposium was led by the the Australian Consul General, Graeme Meehan under the theme; China Australia Free Trade Agreement: A win for Business and Consumers.